Can the Sled Dog Sleep? Postcolonialism, Cultural Transformation and the Consumption of Inuit Culture

This paper deals with the application of postcolonial theory to a commission of enquiry into the colonial history of Inuit in the Qikiqtani (Baffin) Region of Nunavut Territory. While the colonial history of the period 1950-1980 has been the focus of the commission, much attention has been directed at the fate of Inuit sled dogs. There are many reasons for this focus. If anything typifies the movement of Inuit from a world impregnated with ritual, relationship and meaning to one of impersonal, secular commodity relations, the fate of Inuit sled dogs is it. The replacement of the sled dog with the snow machine—what Sartre would call a ‘practico-inert’ manifestation of dead, and in this case imported, labour—was as existentially significant an act as one could imagine. The use of postcolonial theory in examining these transformations is explored. How the commodity has been treated (or largely ignored) by postcolonial theorists is examined and the claim made that in much postcolonial theorizing, the transformation from cultural to commodity forms, the role of the commodity, the nature of consumption and the role of community in the transformation from one form of capitalist production (and the logic that accompanies it) have often been overlooked, underplayed or aligned with what is heralded as fresh theoretical turf in an undeserving, celebratory way. Reference is made to the work of Spivak, Bhabha, Said, Derrida and precursors to postcolonial theory, particularly the work of Jean-Paul Sartre and Franz Fanon. 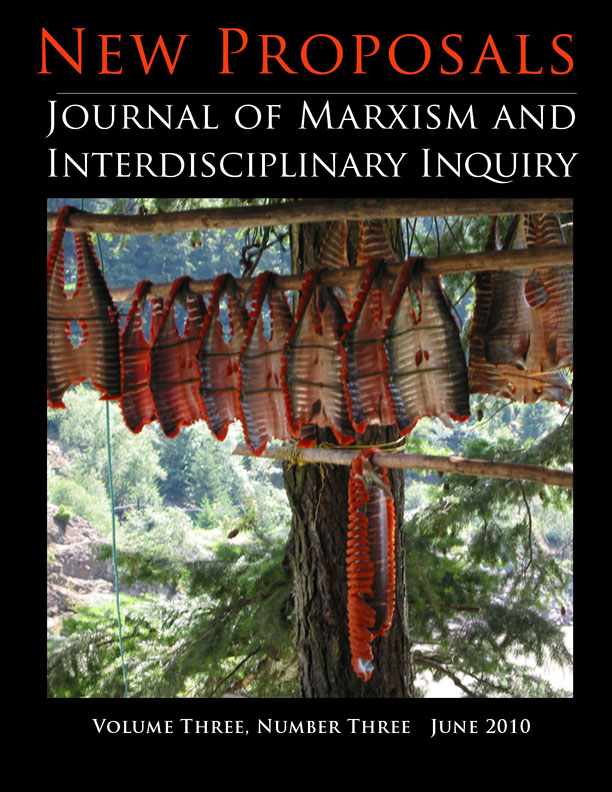 Published
2010-03-24
Issue
Vol 3 No 3 (2010): Indigenous Nations and Marxism
Section
Special Theme Articles
Copyright for articles published in this journal is retained by the authors, with first publication rights granted to the journal. By virtue of their appearance in this open access journal, articles are free to use, with proper attribution, in educational and other non-commercial settings.
Open Journal Systems
Information
Make a Submission