To Discipline and Enforce: Surveillance and Spectacle in State Reform of Higher Education

Drawing from concepts developed by the social theorists Michel Foucault and Guy Debord on the exertion of political power in contemporary society, this paper analyzes the restructuring of public higher education systems initiated by governors, legislatures and state higher education boards. The paper argues that the primary features of restructuring are (1) increased surveillance of the behaviors and attitudes of the constituents within colleges and universities by the state and (2) the spectacularization of reform by state governments. Surveillance and spectacle aim at the disciplining of individuals and enforcement of state policy and are forms of direct and ideological social control. They imply a transformation of relations between institutions and the state, particularly the subordination of the higher learning to state policy objectives.

John F. Welsh, Louisville, KY
JOHN F. WELSH is an independent scholar and author of After Multiculturalism: The Politics of Race and the Dialectics of Liberty (Lexington Books, 2007). His web site is: www.johnfwelsh.com
E. Wayne Ross, UBC
E. WAYNE ROSS is Professor in the Department of Curriculum and Pedagogy at the University of British Columbia. He is the author and editor of numerous books, including most recently Education Under the Security State (with David Gabbard), The Nature and Limits of Standards-Based Reform and Assessment (with Sandra Mathison), and Neoliberalism and Education Reform (with Rich Gibson). He co-edits the journals Cultural Logic (http://eserver.org/clogic/) and Workplace: A Journal for Academic Labor (www.workplace-gsc.com). His web site is: www.ewayneross.net
Kevin D. Vinson, University of Arizona
KEVIN D. VINSON is Associate Professor in the Department of Teaching and Teacher Education in the College of Education at the University of Arizona. His books include Image and Education: Teaching in the Face of the New Disciplinarity (Peter Lang) and Defending Public Schools: Curriculum Continuity and Change in the 21st Century (Praeger). 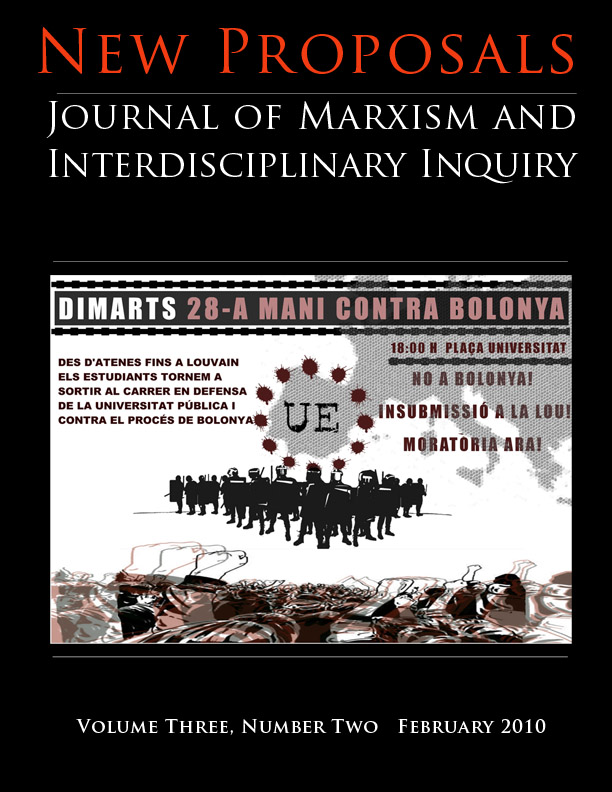 Published
2009-10-01
Issue
Vol. 3 No. 2 (2010): Universities, Corporatization and Resistance
Section
Articles
Copyright for articles published in this journal is retained by the authors, with first publication rights granted to the journal. By virtue of their appearance in this open access journal, articles are free to use, with proper attribution, in educational and other non-commercial settings.
Open Journal Systems
Information
Make a Submission