Fanon, The Arab Spring and the Myth of Liberation

In the foreword to The Wretched of the Earth, Homi Bhabha asserts that Fanon’s work and his vision for decolonization toward a common African culture provide a blueprint for the conceptualization of social inequalities that have proliferated under global aspirations and impositions in the 21st century. Accordingly, in this paper I highlight the complexity and contradiction inherent in colonial systems as put forth by Fanon by posing the following questions: what is nationalism according to Fanon, and can it be an avenue to promote primordialism? And, in what ways can an engagement with Fanon’s work illicit insight into the nature of colonial, post-colonial and neo-colonial exploitation today? I look to a set of recent revolutionary events that have occurred in Egypt, Libya, Tunisia and other nations in the Arab-speaking world – the Arab Spring – to serve as a useful starting point from which to understand and gain a critical examination of Fanon’s work. I demonstrate, however, that both Fanon’s appeal to the formation of a common African culture at the end of The Wretched of the Earth and the calls for democracy that have surfaced in the Arab world are embedded in mythical conceptions of ‘race,’ ‘equality,’ and ‘freedom.’ Importantly, both Fanon and the revolting citizens participating in these rebellions disregard any reference to exploitation and/or group cohesion rooted in class solidarity for itself, and as a consequence, remain in a state of false consciousness.

Aisha Birani, Western University
I am a first-year doctoral student in the department of Sociology at Western University. While I have completed a Masters degree in the Sociology of Education, my recent engagement with revolutionary and post-colonial thinkers has radically shifted my research interests toward the topic of revolution. My current research projects are concerned with the promotion of the reemergence of an important field of social theory -- Arabic social thought -- as an avenue through which to address the recent revolutionary movements in the Arab-speaking world, as well as the relationship between Islam, democracy and political activity in the Middle East. 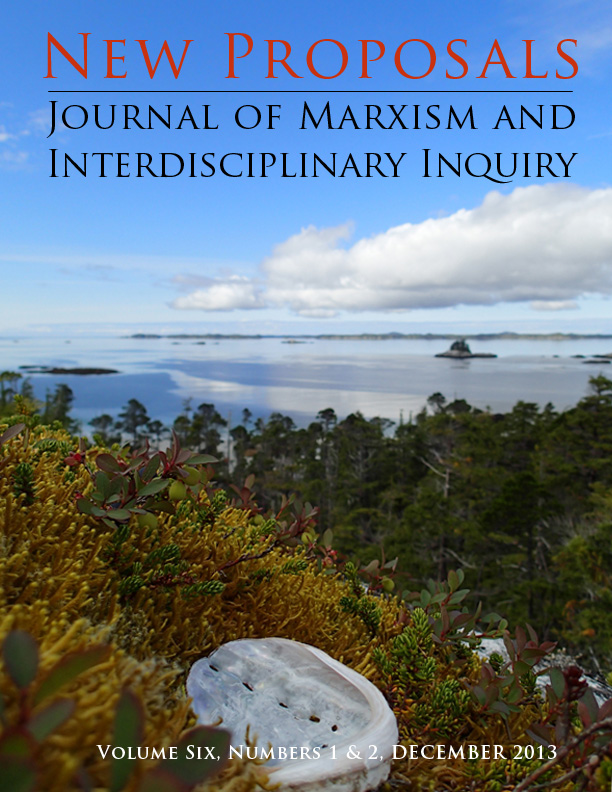 Published
2012-06-20
Issue
Vol. 6 No. 1-2 (2013)
Section
Comments and Arguments
Copyright for articles published in this journal is retained by the authors, with first publication rights granted to the journal. By virtue of their appearance in this open access journal, articles are free to use, with proper attribution, in educational and other non-commercial settings.
Open Journal Systems
Information
Make a Submission