Because it is a particularly dense, varied, and vigorously contested social imaginary, Montreal gives rise to uneven geographies and spatial instabilities that its pedestrian writers nimbly tread and transform, thereby deviating from narrative norms.  Montreal’s contemporary literary flâneurs and flâneuses are not blasé loiterers but gregarious foragers on the prowl for the composite character of an officially bilingual but in fact exceptionally polyglot city that defies subordination to a unifying social script.  Diversely situated in terms of class, race, ethnicity, gender, and language, the French and English novels of Leonard Cohen, Rawi Hage, André Carpentier, Peter Dubé, and Hugh Hood trace altered paths of civic participation, where personal freedoms and group obligations intersect and, just as freely, disentangle and separate.  Transient assembly, rather than institutional partisan affiliation, becomes a pedestrian mode of political agility.  While they are anonymous, unsponsored and free subjects on the bummel from the encroachments of social identity and State categories, equally the strollers of Beautiful Losers, Cockroach, Ruelles, The City’s Gates and Around the Mountain belong to an informal civilian sentinel that, relying on the provision of public works, patrols the city’s liberties and modifies its contours.  These peripatetic texts reveal that the public third spaces of haptic encounter are not confined strictly to determinate sites but are as fluid and situational as the languages employed there.  They not only “note while loitering” (the meaning of Carpentier’s portmanteau verb flânoter) but also help modify Montreal in a stealthy guerrilla urbanism that is remaking the contemporary North American city. And in the process they are remaking prose narrative conventions.

Andre Furlani is Professor and Chair of the Department of English, Concordia University, and the author of Beckett after Wittgenstein and Guy Davenport: Postmodern and After (both Northwestern UP).  Other recent publications on 20th century literature, philosophy, and social science have appeared in PMLA, Modernism/modernity, Philosophy and Literature, and Bréac. A chapter on pedestrian performance art appears in Speaking Memory: How Translation Shapes City Life (McGill-Queen’s UP).  Forthcoming is a chapter on postwar American literature in The Oxford History of the Classical Reception in English Literature. 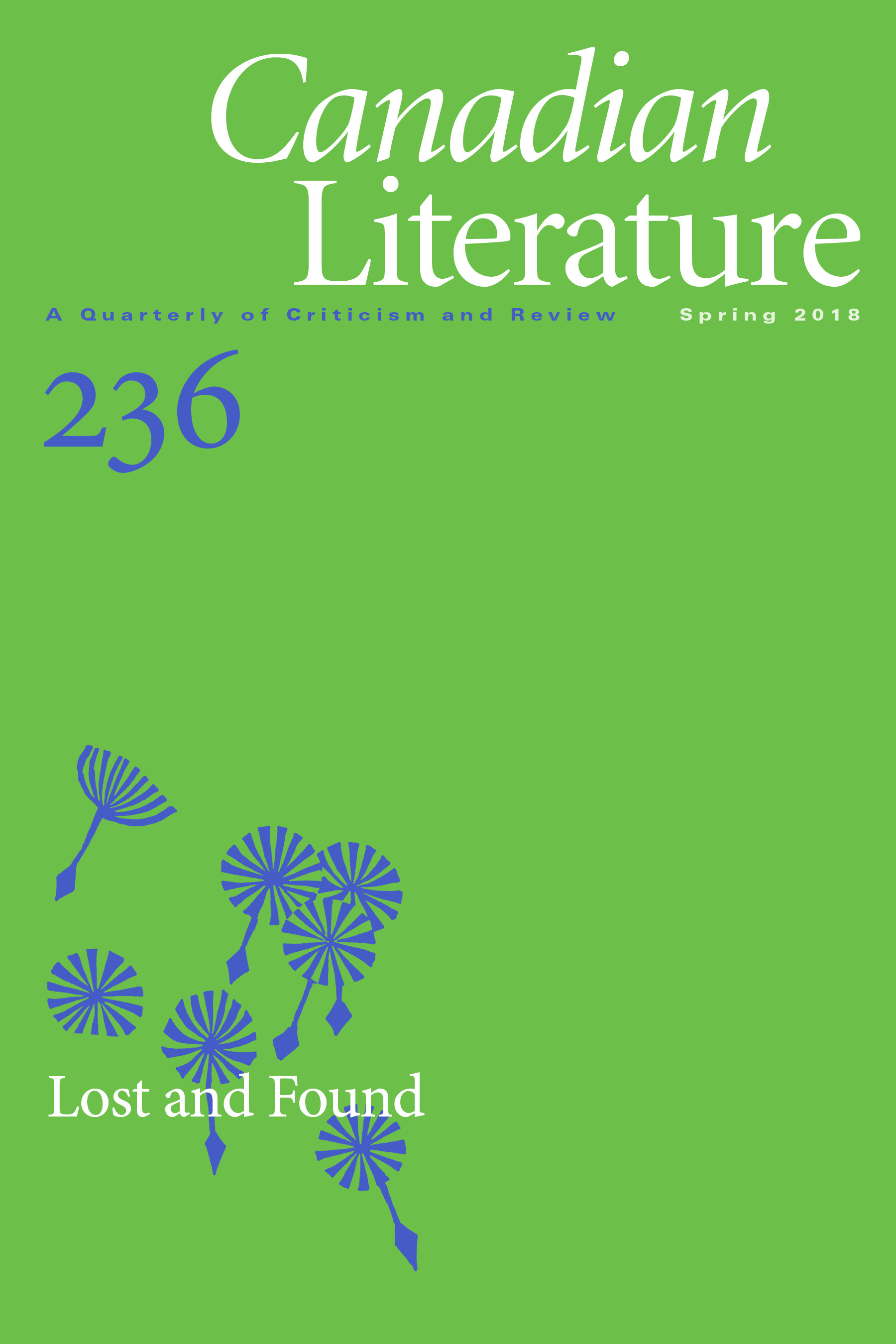