From the Dark Territories of Pain and Exclusion to Bright Futures? An Analysis of Rawi Hage's Cockroach

Combining feminist, queer, and postcolonial perspectives, the proposed article analyzes and critically interrogates Cockroach by Arab-Quebecois writer Rawi Hage, focusing in particular on the writer’s orientation toward the past and his fascination with dark themes relating to destitution, abjection, delinquency, unhappiness, and violence. It relies on recent feminist and particularly queer cultural studies theoretical elaborations that have explored the potential of backward trajectories and dark affects to envision bright futures (Halberstam, 2011; Brooks, 2006; Love, 2007; Ahmed, 2010). In particular, the essay analyzes the ways in which Hage intersects past traumatic experiences of war and violence with more recent forms of racial discrimination and oppression, to show that Cockroach draws a continuum across temporal and geographical borders. It argues that by venturing into the dark territories of violence and abjection, Hage disturbs what we normally perceive as familiar, and powerfully reveals what usually remains unseen within our multicultural democracies: the contradictions, limits, and failures of the assumption of happiness (Ahmed, 2010). Finally, it claims that by observing Canadian multiculturalism from the vantage point of his ‘wretched’ character, we suddenly realize that happiness may also be a bad, “ugly” feeling (Ngai, 2007), particularly when it is imposed by power in an attempt to hide the asymmetries, injustices, and discriminations that still persist in today’s democracies.

Lisa Marchi, University of Trento, Italy
Lisa Marchi holds a Ph.D. in Comparative Literature and Cultural Studies from the University of Trento, Italy. She has conducted research at UCLA, McGill University, and the JFK Institute at the Free University in Berlin. Her research interests include contemporary Arab diasporic literature (both poetry and prose), gender studies, critical theory, philosophy, ethics, and interculturality. Her article “Ghosts, Guests, Hosts: Rethinking ‘Illegal’ Migration and Hospitality Through Arab Diasporic Literature” has recently appeared in the journal Comparative Literature Studies. 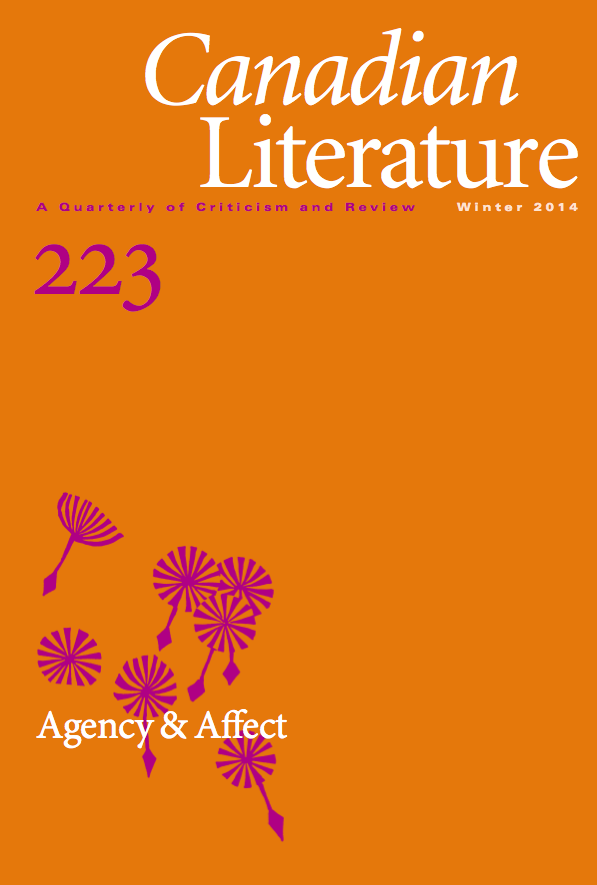